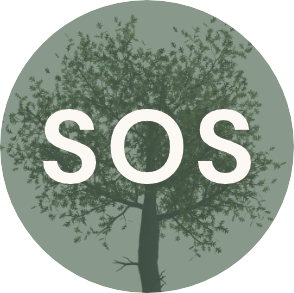 Save Our Street (SOS) is a citizens group that formed to protect St. Paul’s treasured street from the City’s Summit Regional Trail proposal that would dramatically change the avenue’s tree canopy, historic character and safety for all users.

1. PROTECT THE MATURE TREE CANOPY stretching along the 4.5 miles of Summit Avenue.

The city’s 90% bike trail plan shows the trail will cut into the grass boulevard by 3 feet on both sides for over 62% of the length of the avenue.  The increased risk to boulevard trees will be catastrophic, as well as loss of green space.

2. SAFETY for pedestrians and bicyclists

The number of conflict points on the city’s plan remain the same:

Plus, the city’s plan increases risks at driveway/trail intersections:

Motorist traffic will be sped up.

Preserve parking along the full length of Summit Avenue. Not only do residents need parking in front of their homes, schools and churches need the parking, as do Grand Avenue businesses. This is a significant accessibility issue.

The current city plan calls for eliminating parking on the east end, between Lexington Parkway to the Cathedral, from one side of the street, and on some areas, both sides of the block.

All curbside activity will be impacted (for example, handicap access, recycling, home services, and deliveries).

Summit Avenue is one of the best-preserved historic streets in the country.

What Can You Do To Help the Cause?

Beyond signing the petition and adding a testimonial, we ask that all concerned citizens do the following:

Provide Your Comments on the 90% Plan

Contact decision-makers at the city and state level and let them know how you stand on the issue.

Donate for the creation of yard signs and other initiatives.

Share your comments on social media using the hashtag #savesummitavenue